Follow IFLAC on WordPress.com
← Israel and Palestine: Beyond the Proclamations
An Ideology to Die For and Changing the Future →

Rare Flower is a collection of Ada Aharoni’s 100+ best Life, Love and Peace Poems. The book is dedicated to the memory of her two departed “Rare Flowers”: Talia, her daughter, who lost her 13 year long battle against cancer in 2011, and Haim, her husband, who passed away in 2006.

The poems devoted to the two of them describe lives lived and loved. Here are the audio versions of two of the poems, read by Ada:

Tali, my Beautiful Rare Flower:
“…plucked before her time! What a terrible lack of justice! What pain!”

Our Beautiful New Home:
(In Memory of Haim): “I was a pale ivory tower, surrounded by white marble slabs until you came into my house and it became our home.”

“In the case of people in long conflicts – like the Israelis and Palestinians – feelings of fear, mistrust and lack of understanding have been piling up in their hearts and minds over the years, on both sides,” Ada says. Peace poems are suitable vehicles for building bridges of trust and respect for each other’s culture and humanity. They can “reach and profoundly penetrate those layers of mistrust, suspicion and fear.”

In her poem called “A Bridge of Peace”, Ada writes, “My Arab sister, let us build a sturdy bridge from your olive world to mine, from my orange world to yours… we do not want to make each other afraid under our vines and under our fig trees.”

Building bridges of understanding and peace by the means of culture, literature and communication is the goal of IFLAC: The International Forum for the Literature and Culture of Peace, the voluntary association of which Ada Aharoni is the Founder and World President. A “global village beyond war and terror” is achievable.

LIFE IS A POMEGRANATE

Rare Flower is available directly from the publisher, Dignity Press, and from Amazon and Barnes & Noble. Parts of the book are previously published in Hebrew, under the title “Perah Nadir”.

Daily News about developments of Peace Culture in the Middle East and around the World.

Join IFLAC and Subscribe to the Digest by sending an email to: iflacworld@googlegroups.com 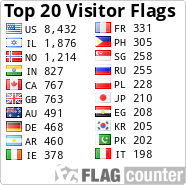